The feel of an ice cube melting over time.


Too lazy to post anything lately, must be the weather.  It's so hot, summer's toasting the entire city on a daily basis and all I can think of is the beach!  So here's a quick outfit post!  Photo taken two weeks ago during a not so holy week in Bantayan Island, Cebu.  I am so hippie happy this summer!  Apologies for the bad quality, didn't want to carry my camera on our way to buying supplies for our camp and it was high noon.  My mobile phone surely came in handy!
Posted by Archer at 3:58 AM 0 comments 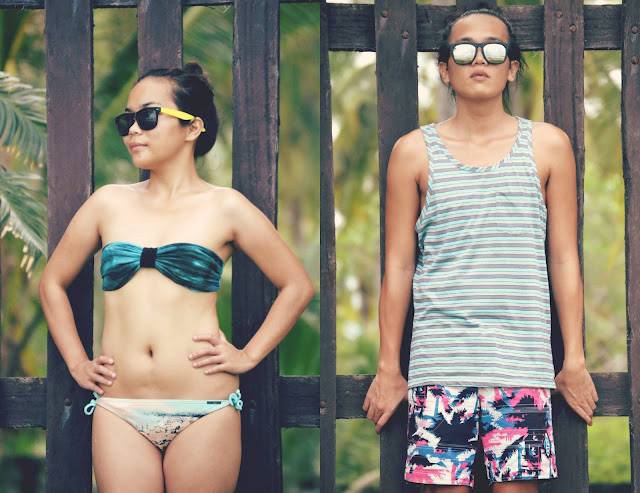 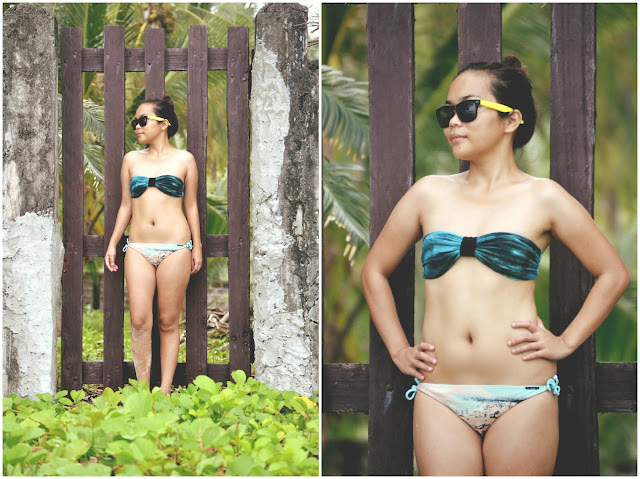 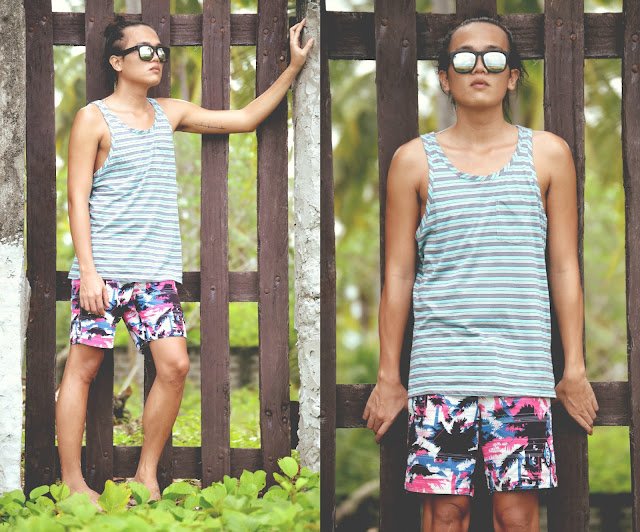 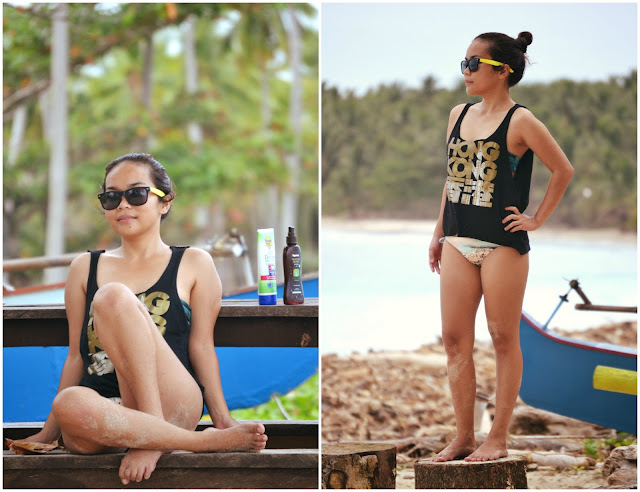 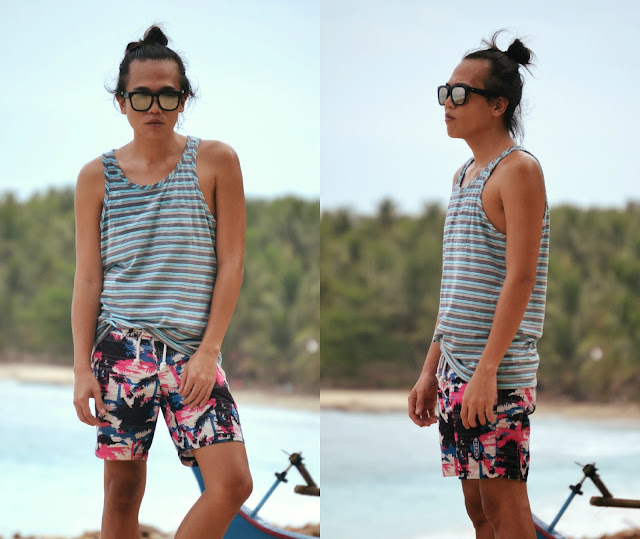 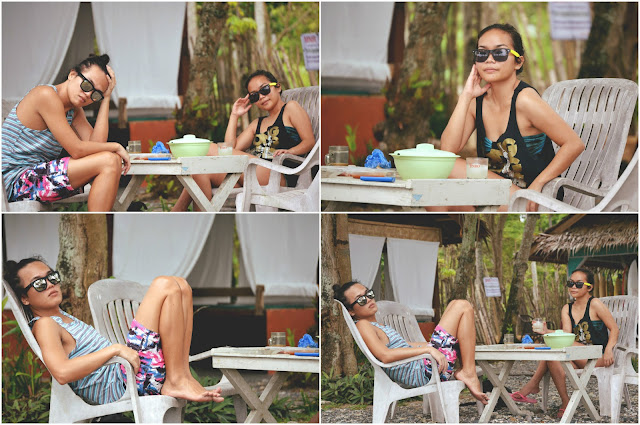 Summer's definitely in full swing.  I say that because it's friggin hot as I'm writing this post.  I'm not complaining, in fact I'm smiling as every drop of sweat drips down my forehead.  Okay that sounds a little too exaggerated.  Let's just say I'm happy summer's here.  For someone who's addicted to the sun and sea, nothing could be more perfect than a season to compliment it.  Last week, I had a chance to fly to Davao City for a good friend's birthday.  Of course a side trip the beach is part of the itinerary.  I've been itching to check out this beach in Mati, Davao Oriental.  My mom and aunt who were born and raised in Davao both told me to skip this part of my trip saying it's too far, dangerous, practically everything opposite of how I pictured the place to be.  As expected, I did not obey them.  Our original plan was to leave the city right after lunch but we ended up boarding the van-for-hire at around six o'clock in the evening.  So after an ass-numbing four hours of van ride, we arrived Mati town a little over ten o'clock.  I would've mistaken the town square as a ghost town if not for some establishments that were open- a bakery, a convenience store and that one carenderia beside the bus terminal.  Tricycle and habal-habal drivers were extremely friendly it felt weird, a little creepy.  But we were too hungry to mind what was around.  We had to stuff something inside our guts or all hell will break lose.  We had no choice but to eat in that carenderia.  What we ate and how it tasted will be left there, I do not want to remember that part of the trip.  The tricycle ride to the Dahican beach was probably the best and the worst decision we made that night.  Best because it rained really hard during the entire thirty-ish minutes ride, imagine how we would look like if we rode the habal-habal.  Worst because the tricycle driver had an attitude and wouldn't stop whining about how we did not know our way to our resort, it was clear he overcharged us too.  So we ended up walking a few miles to our resort because we were dropped off in the wrong area, plus my friend can no longer stand the tricycle driver's mouth.  Part of the beauty of traveling is that experiences like these make the trip more memorable so I didn't mind it, my friend probably did.

Everything after that tricycle ride went smoothly.  The resort were we stayed, Dahican Surf Resort, is an absolute beauty. We stayed in one of their open-air cottages.  I loved the feel of it, tropical, rugged, very Pacific, cozy in a surfer kind of way.  We spent the night getting wasted over bottles of Bacardi and Smirnoff.  They do make ordinary talks extraordinary, at times loud.  There wasn't really much to do at night in that part of the world because it was dead empty, too quiet.  I knew the music that we played and our occasional bursts of laughter resonated loudly in the area, I'm almost sure we disturbed those surfer guys in the other cottage.  I just wasn't sure if they were about to hit the sack or just getting the day started.  I couldn't tell the difference because it was either late night or too early in the morning.  I woke up just after 2 hours of dozing off in anticipation of the sunrise.  To my slight dismay, grey clouds were hovering right above paradise.   We spent the entire day basking in the sun, drinking alcohol, and watching the surfers show off their skimboarding skills.  Yes you read that right, surfers skimboarding.  The waves weren't high enough for surfing that day.  Too bad, I would have wanted to try surfing.  I guess I'll save this for my comeback.  The rest of the day was spent, of course, camwhoring.  We left Dahican beach right before the sun set.  I got to see how breathtaking Davao Oriental is while on the bus on our way back to the city.  I was captivated by it's simple charm.  And yes, I will be back!

'Tis the season to be sunny.

Pat on the back, I just survived two months of no beach!  Now that I'm out of no-beach-rehab, I can't promise I'll stay no-beach-sober for long.  In fact, I relapsed right after I got out.  Who wouldn't?  I was welcomed by a good buddy named summer.  It's been twelve friggin months since we last saw each other, we needed to celebrate our reunion!  Summer's staying around for three months and begged that we do beach at least three times a month. Of course, this beach-junkie said yes.  I missed you a lot, summer.  I'm glad you're back!

Archer
My name is Archer and yes, that's my real name. This blog is my journal so my posts can go as random as bathing in the rain to cutting an old pair of jeans. I'm a self confessed junkie whose current addictions include the beach, beach and beach. When I'm not busy blabbering about the beach, I blog about anything under the sun- usually random snapshots of whatever, what i wear or want to wear, and everything else not beach-related.